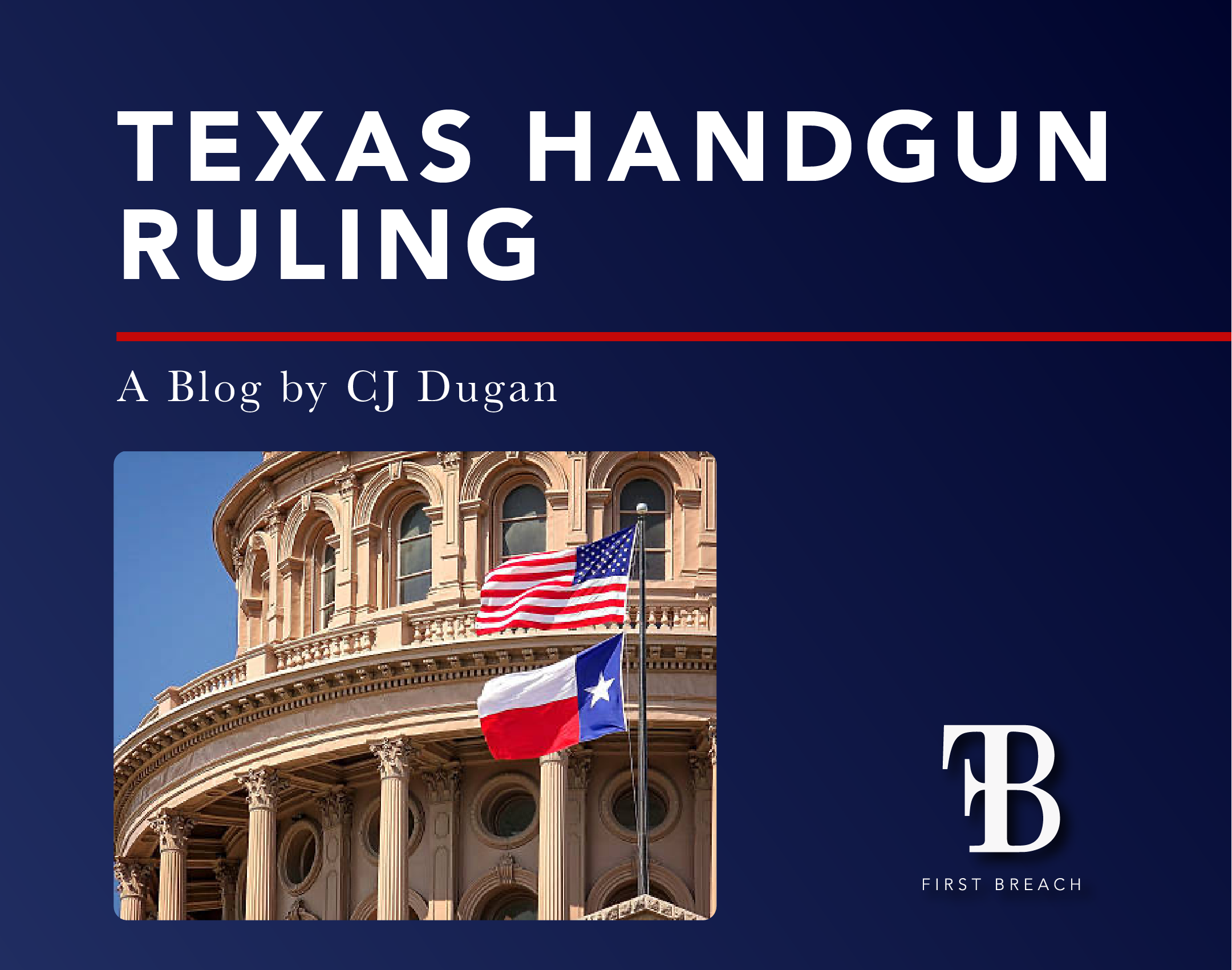 On the 25th of August 2022, U.S. District Judge Mark Pittman in Fort Worth ruled that the state law prohibiting most 18- to 20-year-olds from carrying a handgun outside the home violates the Second Amendment right to bear arms and is not enforceable. He stayed the ruling from taking effect for 30 days.

I first saw this on social media from the Firearms Regulatory Accountability Coalition (FRAC). FRAC is a 501c3 whose sole mission is to aggressively advocate for and defend firearms, ammunition, and accessories manufacturers and importers from government overreach. Their duties include holding the government accountable for arbitrary and capricious policies and rulings and ensuring that its industry regulation is conducted openly and transparently.

Upon further researching this ruling, I found it interesting that the decision came in a case brought last year by a gun rights advocacy group, with two individuals arguing their right to carry handguns for protection despite being under 21. Although Texas had kept age restrictions on handgun sales, the age limit to purchase long rifles in the state is 18.

At First Breach, we are always staying updated on the industry landscape, ensuring that we remain compliant and vigilant in manufacturing the highest quality products for every American.